{Excerpted from Strangers and Guests, Toward Community in the Heartland: A Regional Catholic Bishops Statement on Land Issues}

In the Christian tradition, the biblically-based concept of stewardship describes what people’s relationship should be with the land and with each other. In the Bible and the teaching tradition of the Church, these principles of earth stewardship are evident.

The land is God’s. 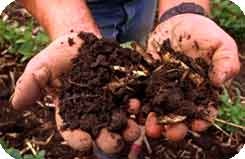 This land, this earth, we inhabit is “the work of God’s hands” (Genesis).

We affirm the principle expressed so plainly and clearly in Psalm 24:

“The earth is the Lord’s and its fullness; the world and those who dwell in it.”

People are God’s stewards on the land.

Stewardship means caring for God’s creation. It implies that civil title to a portion of the earth does not confer absolute ownership of it. That belongs to God alone. Civil title does confer responsibility for the land: for the use to which it is put and the care with which it is treated.

The land’s benefits are for everyone.

The land is given by God for all people, not just for those who hold civil title to it. The land is God’s gift for present and future generations of humanity. As the earth’s finite resources are used, provision must be made for people’s future needs.

The consumption patterns of the present generation must be adjusted so that future generations might also partake of the land’s bounty.

The land should be distributed equally.

Land ownership should be as widely distributed as is necessary and feasible to meet the needs of the local and national communities and of the human family as a whole. In the words of Pope Leo XIII, the policy of the law with regard to ownership “should be to induce as many people as possible to become owners.” The concentration of land in fewer and fewer private hands directly contradicts the biblical concept of equitable land distribution.

The land should be conserved and restored.

Stewardship implies conservation of the land. Farm land is to be nurtured carefully so that it might retain its topsoil and its nutrients, and so the productive power given to it by the Creator. It is to be cared for in this way so that succeeding generations of farmers might produce food and fiber on it and so that succeeding generations of humanity might be fed and clothed from it.

As we appropriate the earth’s resources for our use, as we alter the land to satisfy our needs and as we change the way in

which we use different segments of the land, we must be conscious of the social and environmental consequences of our actions. The people most affected by proposed land use changes should have the principal right, where possible, to decide whether or not such changes should occur.

Land use should be appropriate to land quality.

The land should be utilized according to its “best and highest” use. That is, because land is a limited resource, any determination of how a given portion of it will be used should take into consideration the quality of the land and how it might best serve the community as a whole.

The land should provide a moderate livelihood.

Those who work on the land should be able to earn through their labors sufficient money to provide for theirs needs and the needs of their family. In the area of agriculture, for example, farmers should receive a financial return sufficient at least to meet their expenses and provide some reserve for the future.

The land’s workers should be able to become the land’s owners. 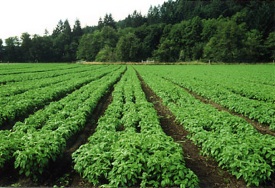 People who work on the land that is owned by others should have some means of gradual entry into ownership of the land or corporation, either as individual owners or as shareholders. Farm renters and farmworkers should have the opportunity to become owner-operators of modest-sized family farms; and logging, mine and factory workers should be able to share directly in the management and profits of the corporations for which they work.

The land’s mineral wealth should be shared.

The benefit that people in a region derive from their natural resources should outlive the availability of those resources. Mining companies should not reap high profits over the short term to the disadvantage of the area’s inhabitants over the long term. The profits resulting from mineral resources extracted from the land should be shared in part by the people of the state in which mining occurs.

The idea that the land was entrusted to us by God as our common inheritance, for which we must be stewards, is perhaps most clearly outlined in the Chapter 25 of the Book of Leviticus. When the Jewish people finally arrived at their new homeland, and apportioned the land among themselves, God described for them what their attitude should be toward the land as property: “Land must not be sold in perpetuity, for the land belongs to me. And to me you are only strangers and guests” (25:23).

We, too, must “strangers and guests” upon the land. We must keep in mind the land’s inherent status as a gift from God for the human family – God’s children – and our own responsibility to be God’s stewards upon it for the benefit of all people.

[Excerpted from Strangers and Guests, Toward Community in the Heartland: A Regional Catholic Bishops’ Statement on Land Issues. The bishops who signed and issued the statement on May 1, 1980 represented Colorado, Illinois, Indiana, Iowa, Kansas, Minnesota, Missouri, Nebraska, North Dakota, South Dakota and Wyoming.]