Part I: Examining the Situation

Voices from the United Nations to the Vatican make it clear: More than one billion people — one sixth of the world’s population — suffer from chronic hunger. The lack of adequate food over a prolonged period of time has serious social and economic consequences, both for the families who live in hunger and the societies who must bear large numbers of hungry people. Hunger and poverty are usually found together: those who cannot find work or sufficient income consequently suffer in meeting basic daily nutrition. Poor and hungry people are found throughout the world, in our cities and rural areas, even where food and crops are readily produced. 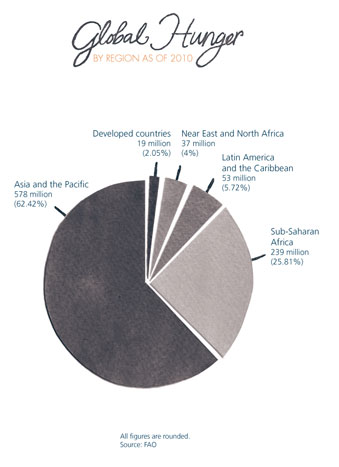