Today’s Mass readings detail a shocking and violent battle in heaven between Michael and the good angels and Satan and the evil angels:

“War broke out in heaven;
Michael and his angels battled against the dragon.
The dragon and its angels fought back,
but they did not prevail
and there was no longer any place for them in heaven.
The huge dragon, the ancient serpent,
who is called the Devil and Satan,
who deceived the whole world,
was thrown down to earth,
and its angels were thrown down with it.” 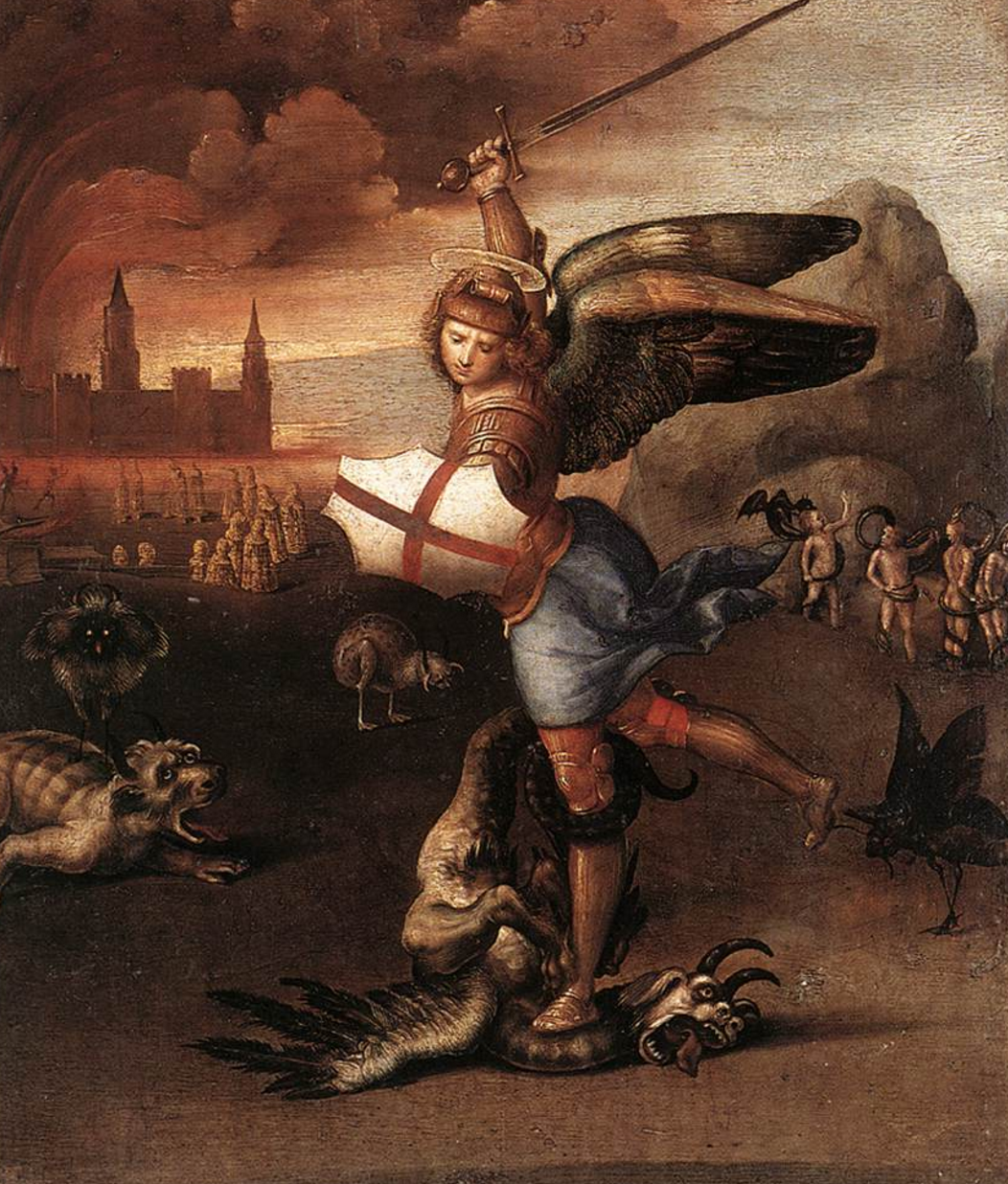 This passage captivates and horrifies, partly because of what we understand about the nature of angelic beings.  Being pure spirit, with superior intellect, fallen angels cannot ever repent of their choice to rebel against God.  The Catechism of the Catholic Church explains it this way:

This paints a far different picture of angels than the fat, winged babies of Hallmark cards and the insipid watercolor feel-gooders of New Age philosophy.  There’s a reason why so many of the Biblical interactions between humans and angels begin with the latter declaring “be no afraid!” upon its entrance.  But the good angels, we are assured, are there to deliver messages from the Most High, to guide and protect us, and to pray for us.

And so, on this day, the Church honors those angels who we know by name: Saints Michael, Gabriel, and Raphael.

Once commonly known as Michaelmas, this feast day is steeped with rural traditions.  Coming as it does at the end of the growing season in the Northern Hemisphere, a good number of Michaelmas observations are rich in country practices, created by people in communities tied closely to the natural world.

The Michaelmas daisy, for instance, common in Europe, was named in honor of the archangel because of its bloom time.  When the majority of nature’s flowers were done by this time of year, the Aster amellus was just starting, making it a perfect fit to honor our heavenly protectors: 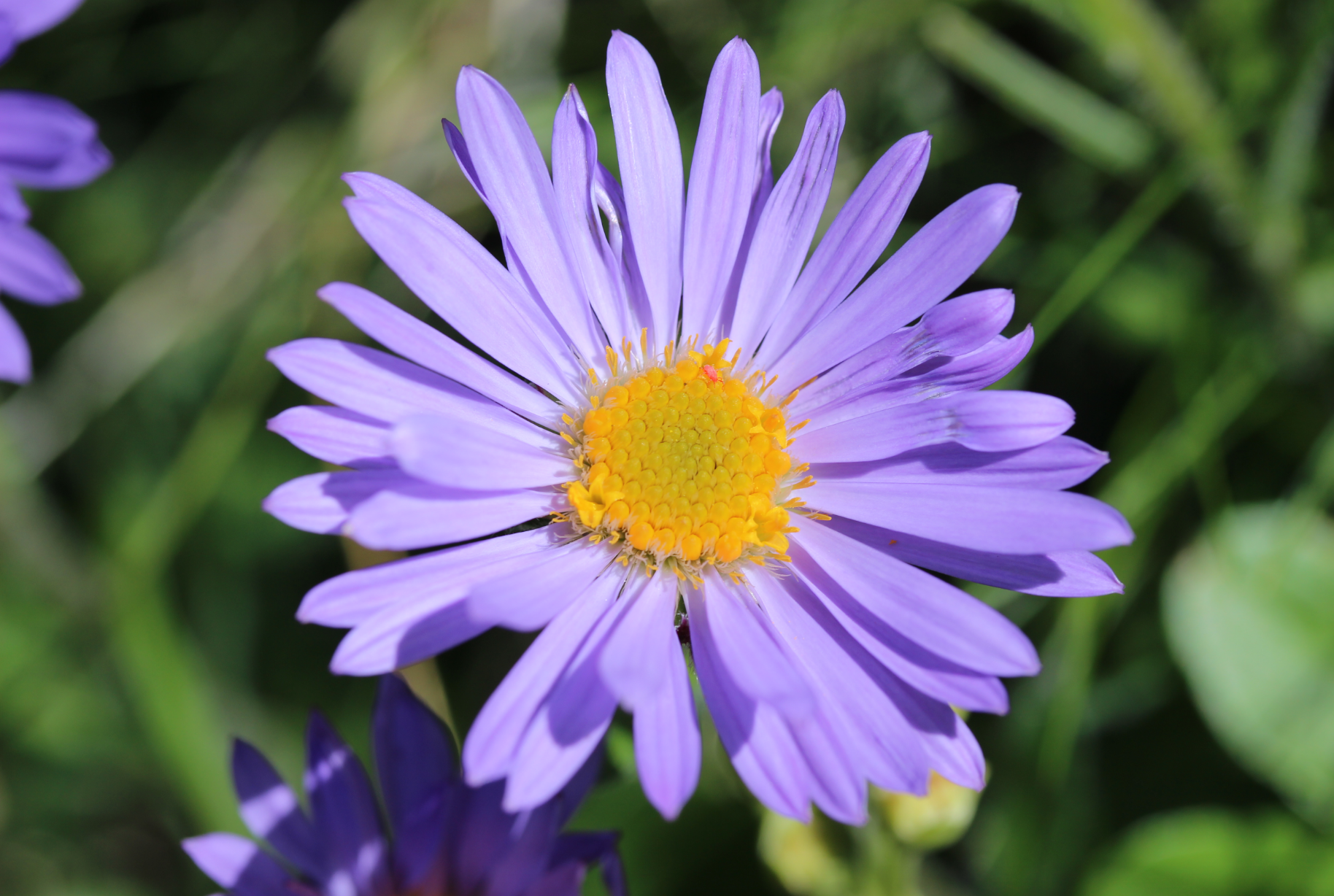 Since root vegetables are now coming into season, they appear on a number of Michaelmas menus.  Carrots are traditional to eat on this day, as are apples, which are also abundant in Northern areas this time of year.

Goose is another traditional meal for this feast day, probably thanks to the Irish, were fishing season had come to a close, and hunting season had begun.

One 12-pound goose, at room temperature

Put onions and apples through food grinder, or chop coarsely with a knife. Combine with butter in heavy skillet and cook over medium-low heat until golden brown. Add the breadcrumbs and giblets, and season with vinegar, sage, red pepper, salt and black pepper. Stir in the sour cream.

Preheat the oven to 400 degrees. Remove all fat from cavity of goose and remove the first joint of the wings. With the tine of a fork or the point of a sharp knife, prick the skin all over, but not cut into the flesh. Tuck the neck flap under the body of the goose. Salt the cavity, and spoon in the vegetable stuffing mixture. Place the goose on a roasting rack in a roasting pan and sprinkle the outside with salt and pepper.

Roast for about 1 hour, or until the skin turns a light golden, using a baster to remove as much fat from the roasting pan as possible every 30 minutes. Reduce the heat to 325 degrees, and continue cooking until the goose becomes a golden brown and a meat thermometer registers 180 degrees.

Remove the goose from the oven, and let it sit for about 20 minutes before slicing.