“On a Mission: Reaching Catholics in Rural Utah” – by Michael Lee

“On a Mission: Reaching Catholics in Rural Utah” – by Michael Lee

Most of us live within 15 to 20 minutes of a Catholic Church.  If we oversleep and miss the 8 a.m. Mass, we can attend the 10 a.m. Mass.  Or, if we don’t like getting up early on Sunday morning, we can attend the vigil Mass on Saturday. Going to Mass is something most of us take for granted.

Not so in rural Utah. In many of the rural areas of Utah, Catholics are fortunate to have a Mass celebrated in their local community once a month. On other Sundays, a deacon, religious or lay minister conduct Sunday Celebration in the Absence of a Priest (SCAP).  Travel can take up to an hour to reach a Catholic Church. 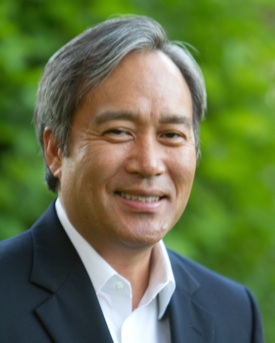 Getting to the people
The Diocese of Salt Lake City, classified as a “home mission,” maintains rural parishes and missions throughout the state, an area of 84,990 square miles located amid the Rocky Mountain range. The terrain includes a high plateau cut by rocky canyons in the south, a broad, flat and desert-like basin in the west, and high mountains and valleys in the north and east.  With such a vast and varying area to cover, the very nature of the diocese is missionary.
Depending on the location, parish personnel may oversee and travel to as many as four other locations to provide Mass, the Sacraments, catechesis, ministry, and a Catholic presence to these far flung areas in Utah.  In addition to the vast geographical aspects, Mormons make up about 60 percent of the state’s population.  Because of their number, wealth, and historical precedence, the Mormons dominate the social and political life of Utah and their proselytism of the lay faithful are consistent and substantial.
Meeting the challenges
While challenges to rural ministry abound, they are met through a combination of diocesan efforts with dedicated and generous clergy, religious, deacons, and lay faithful throughout Utah.  Specifically, the Hispanic Office provides catechetical training, youth programs, lay ecclesial ministry training, and immigration resources.  The efforts of the Hispanic Office are paramount since the majority of the lay faithful are Spanish speaking with many having limited resources due to their lower wage paying jobs in the rural agricultural and manufacturing industries.  In addition, the Office of Pastoral Operations helps to administer these rural ministry areas through addressing operational needs and issues, troubleshooting problems such as building facility needs and repairs, interacting with civil authorities, and dealing with property concerns. 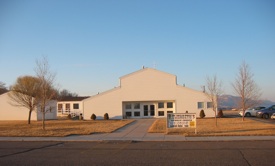 Four-day weekend
Of course, these offices would not matter without the priests who work hard and generously. For example, Father Richard Sherman, Pastor of Saint Elizabeth Parish in Central Valley, Utah, drives approximately 350 to 500 miles between Saint Elizabeth (pictured right), Saint Jude (Ephraim), San Juan Diego (Gunnison), Saint Anthony of the Desert Mission (Torrey), and the Central Utah Correctional Facility (Gunnison).  His “Sundays” start on Thursdays at the 7 p.m. Mass at San Juan Diego Mission, located 35 miles away from Saint Elizabeth, in order to accommodate the dairy farm workers’ schedules as much as possible.  On Friday, Father Sherman has noon Mass at the Central Utah Correctional Facility, a Utah state prison, and follows up with a one-hour class on varying subjects for the prisoners and prison personnel.  Afterwards, he travels to Ephraim (26 miles away) for appointments, administrative duties, and classes.
Father Sherman leaves Ephraim on Saturday morning and travels 130 miles for Mass at Saint Anthony of the Desert Mission near Capital Reef National Park.  After Mass, he makes the 70-mile return trip to Central Valley in order to celebrate a bilingual Mass the next morning at St. Elizabeth’s.  Father Sherman then drives to Ephraim to offer English Mass at noon and to Saint Jude Mission for an afternoon Spanish Mass attended by approximately 400 parishioners. 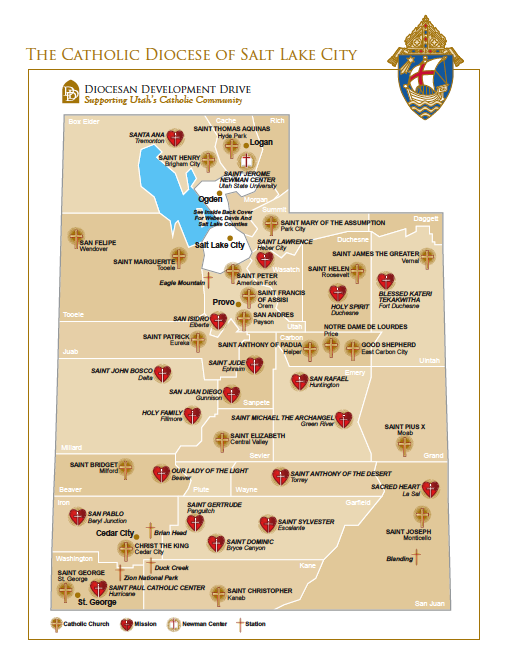 Bright future
Despite the arduous travel from Thursday to Sunday to provide Mass, Father Sherman remains enthusiastic and is seeing the fruits of his labor.  He noted that ten catechists became certified for ministry in the missions, and estimated that 30 Latino youth from San Juan Diego Mission and Saint Jude Mission will be attending Snow College in Ephraim, which has led him to seek development of a Newman Center at Saint Jude Mission.
In this rural mission diocese, the dedicated ministry of Father Sherman is but one example of the many past and present dedicated clergy, religious, deacons, diocesan representatives, and lay faithful who have worked to bring a Catholic presence to the remote areas of Utah.  Through the continued efforts of these individuals, under the direction of the Diocese of Salt Lake City, the lay faithful can have access to the Good Word.
Michael Lee is the Director of Rural Mission Outreach for the Diocese of Salt Lake City, Utah.

Dear Mr. Lee,
I thank you for your article, “On a Mission: Reaching Catholics in Rural Utah”. This weekend I will be traveling southeast and visiting three of the locations that you mentioned for a pilgrimage. I am on a quest to visit all the churches and missions in Utah and I appreciate your blog and insight. Thank you kindly for your articles.