(Editor’s Note:  As we begin to gear up for the holidays, this week’s Storytellers looks at the concept of home.  What makes a home?  How much of a role does the physical location play in it?  St. Augustine of Hippo put this restlessness perfectly when he penned: “‘Thou hast made us for thyself, O Lord, and our heart is restless until it finds its rest in thee.”  Julie Walsh, former lobbyist and the author behind These Walls shares her thoughts on the very human desire to seek home while here on earth.)

I’ve given a lot of thought to the concept of home. 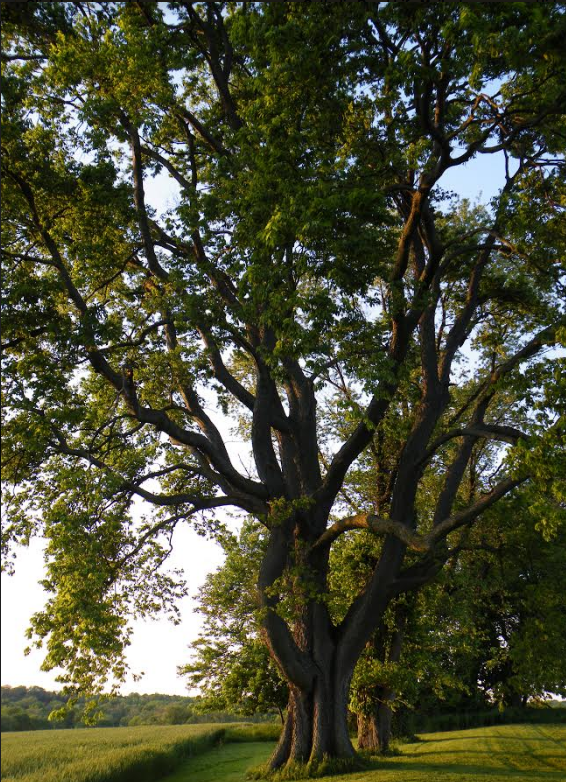 There is, of course, the home in which I was raised. My parents moved away from it a couple of years after I graduated from college. The change was hard for me to take and I was kind of bratty about it: Once when my mother asked whether I’d be coming home (to their new house) for the weekend, I sniffed that I’d be going to visit my parents – not home.

Home is where the parents are, Mom retorted.

During my single twenties I referred to a series of apartments as “home,” though none of them felt like it. Even my first house with my husband didn’t feel much like home: He’d bought it long before we met and it was nothing like what I would have chosen.

When we moved into this house a few years ago, I knew that it was our real, solid opportunity to build something that would be a home to our family for years to come – possibly for the rest of our lives. So surely there should have been a light switch or something – a switch that would flip on the feeling of home? Right?

This house contains our things and ourselves and our goals and even our dust, but I think it will take some years before it truly feels like home to me. More than ten years after my parents moved, it’s still our old house on Paradise Road that creeps its way into my dreams.

But through all my years – even those before Paradise Road – there’s been another place that feels most like home. It’s at once vague and particular. In the broadest sense, it’s Maryland. The Maryland of rolling hills and gauzy landscapes, of roadsides bordered with trees so draped with vines they seem like jungle, of farms that look a little rough around the edges, messy from long grass and wildflowers.

I crest a hill and catch my breath at glimpses of that Maryland – my version of it, which leaves off the urban and the flat and even the mountainous. For that’s the one that means home to me.

More particularly, that version of home is embodied in my grandparents’ place. It used to fit the bill perfectly: a farm with a stream and clumps of forest and an overgrown back field, a barn that smelled dusty and sweet – hay sweet, old manure sweet. But since the end of my college days, this place, too, has become removed from that golden image of home. My grandparents are still there, but the farm has been developed. We enjoy the most important elements of that home – family and love and time spent together – but the fields are gone, the barn is gone, the cattle are gone, and so the feeling is different.

A couple of weeks ago, I drove up to what we still call “The Farm” via a road I don’t usually take. At first it felt so familiar, so like what I knew growing up. But as I neared that home, the one most dear to me, I saw trees growing where cattle once grazed. I saw my grandparents’ fields dotted with huge houses plopped here and there, spiting the natural curve of the land. I saw nearby hills marked not by tree lines, but by rooftops.

I sighed. It’s so hard to seek a home that can no longer be found.

There was a time when my sigh would have turned into a grumble, a growl of resentment. But just as this place has grown up, so have I. The new roads and traffic lights and neighborhoods and shopping centers may signal a loss to me, but to many others, they signal promise. 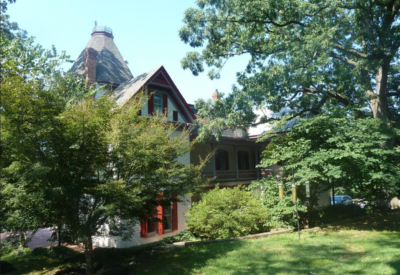 It’s better to focus on the family and the love and the time spent together. And to accept that maybe promise is spread around to more than the newcomers – that maybe my future depends more on the new people than on the old fields.

I return home – to this home, the home of my husband and our boys and our dust. It’s a beautiful place. It’s full of the tradition and detail and imperfection and aged wood I long for. It’s sheltered by one of the loveliest old trees I’ve seen and it’s bordered by fields that remind me of those I used to gaze at through my bedroom window, chin propped on my arms in the dark, putting off sleep a little longer.

I suppose I’ll know my feeling of home has caught up with reality when I dream of an 1860’s Victorian rather than a 1970’s rancher. Or maybe when I return from a trip and catch my breath as I mount our long driveway. Or perhaps it will be when I approach my grandparents’ neighborhood and forget to think of it as a farm.

Until then, I’m just so grateful to be here in this beautiful place, where I’ll surely someday find my home.