Editor’s note:  This article was submitted by one of Catholic Rural Life’s members, Daniel Norman McNamara.  Mr. McNamara, who lives in Florida, writes, “Many of you will see that my simple article may enable you to take up the larger issues of who the saints are  in Catholic Christianity, and why they are important to us. For many, this may be the one time each year when there really is an opportunity to speak with members of other Christian churches and faith traditions about one of our saints. Or would we prefer to reinforce the impression that St. Patrick’s Day really is only about a party in mid-March?” 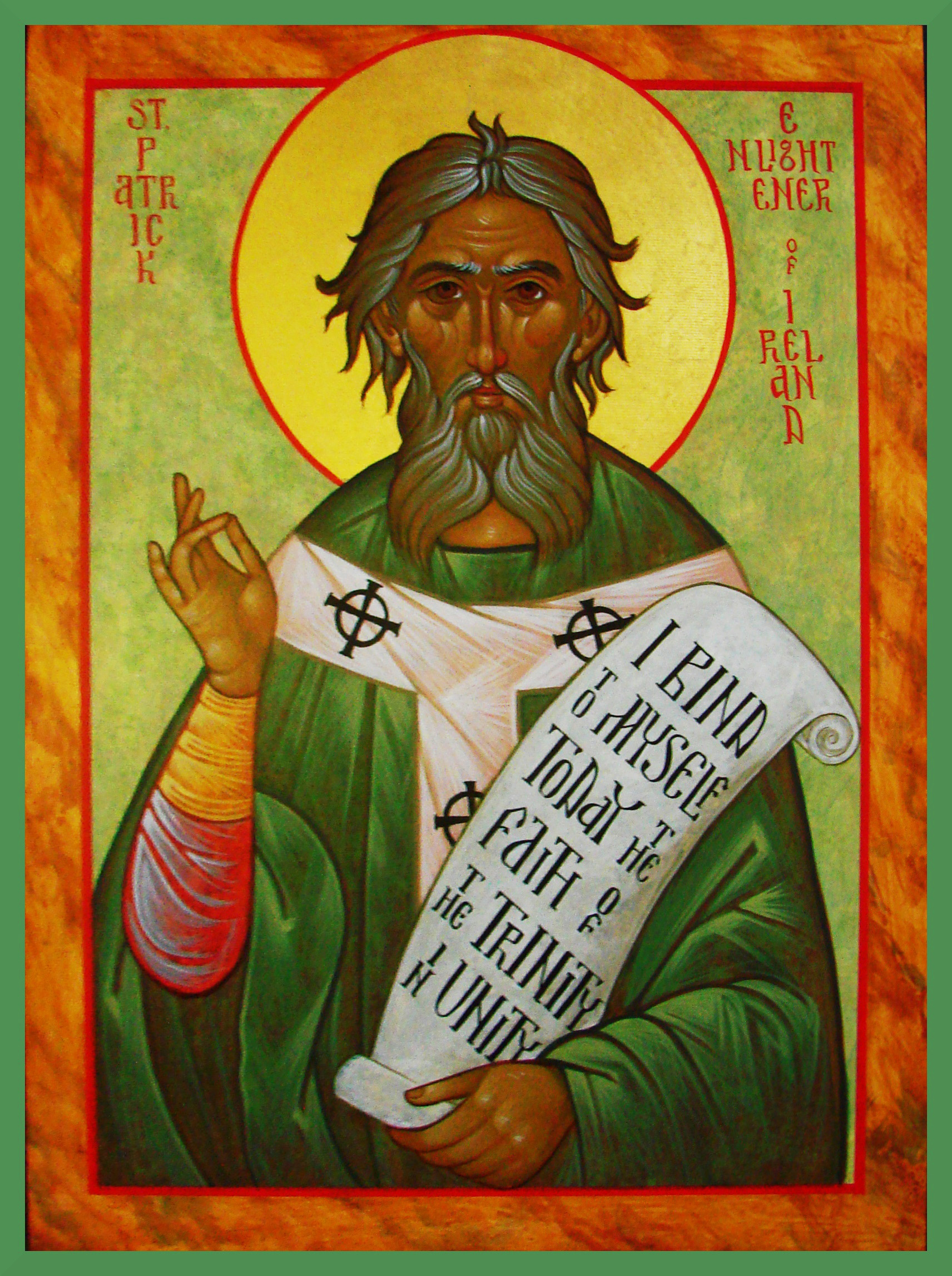 If your name, like mine, is unmistakably Irish, you know you will be asked for at least one good St. Patrick story again this year. Scrambling on that one, I contacted Deacon Mickey last week. Cousin of mine on my Grandma Mac’s side, and storyteller to boot, Mickey’s advice came back on a brief email reply. “Dan, tell the stories we seniors will understand. Those you will tell the best anyway.“

We don’t remember most of the saints because of their writings. We remember them largely because of their lives well lived. And we tend to favor those saints whose struggles and challenges seem to have much in common with our own. Somewhat surprisingly, St. Patrick’s own writings reflect some challenges which strike many of us seniors as remarkably familiar. These are surely some of the stories we should be telling about the person we seek to honor each year at this time.

Patrick was pushing hard on age 50- some reports say 60- before there was a “career change” for him. It was for Patrick a very late and probably wholly unexpected change. It would take him far from his own home, off to Ireland, and for the rest of his life. His best work was yet to come. We would say so. But he could not have known that. Perhaps there is a lesson here for us so many centuries later in a world we think so different.

Patrick did not have the benefit of “going in blind” to this new assignment. As a teenager, he had been kidnapped from his home in Britain and taken to Ireland. There he was sold off as a slave. After six years of forced labor, Patrick escaped and returned home. Yet some 30 years later, he went back willingly. He clearly knew something of the Irish, anyway.

Patrick’s colleagues in Roman Britain seem to have opposed him for this assignment. Supporters seem to have been few. Why so? Perhaps his resume wasn’t impressive enough for them. Perhaps he was just not on their radar for serious consideration. Perhaps over his already long life he had managed to create a few enemies. To his own credit, Patrick knew that he was not well educated nor even a good speaker- things highly valued in his culture and in our own. He seems to have been quite aware of his own shortcomings in these respects. Aware, but not overcome. He had been given other gifts, however, ones that eventually emerged, developed, and became more important to his work in Ireland in the mid-fifth century. In any case, Patrick bloomed where he was planted. Now, we would recognize and label him as an immigrant, living and working among a people different from his own.

After many years on the job in Ireland, maybe ten, maybe many more than ten, Patrick received a delegation from “the home office”. They had come to inform him that a “review committee” of his brother bishops across the Irish Sea had determined that he was unworthy to remain a bishop. Patrick speaks of taking a mighty blow that day and of not being sure he would recover. Who among us of a certain age has not experienced one or more of these days? Who does not still remember such an encounter years later? Though invited to do so, Patrick did not leave Ireland to appear before this “review committee”. This was astute or foolish. Maybe a bit of both.

Some years passed before Patrick penned a response at all- years! He did so, he tells us, in order that his family might “know what I am made of and see where I stand”. After decades far away from home and family, they still mattered to Patrick. They mattered enough that he saw his explanation of himself needed to be addressed to them in particular. To be sure, this may also have been somewhat commonplace in such writings in Patrick’s world. But isn’t it interesting that it might never occur to us to do likewise?

It is unclear whether this whole job evaluation matter was ever resolved during Patrick’s lifetime. What is clear is that this cloud still hung over his head when he wrote his ”Confessio”, probably very late in his life. We think Patrick died when he was close to 80 years old, and after some three decades working in “the back of beyond”. Probably it was only then that the “review committee” lost interest in Patrick and forgot about him. The Irish, on the other hand, never did either.

Surely there have been many other Irish saints remembered in the many centuries since. And no one disputes that their stories also merit our retelling. But it is Patrick’s memory that has so remarkably endured among the Irish worldwide. I speak here not only of those in the homeland itself, but also of those who much later became immigrants and headed off to so many other lands around the globe. And I speak here too of all of all the descendants of those immigrants, as well as those whose families came from many different countries and continents who will be joining with “the rest of the Irish” to honor St. Patrick and his memory once again this year.

If St. Patrick now seems of greater interest to you, read on! Luckily, two of St. Patrick’s fifth-century writings have survived. They provide us with a fascinating view of his life, struggles, and spirituality. The first is a ”Letter to the Soldiers of Coroticus”. The second, already mentioned, is Patrick’s “Confession”.

Happily too there are today a growing number of resources that can help us to know Patrick better:

www.saintpatrickcentre.com  This is the website of an educational and cultural facility in Downpatrick, County Down. Here you can learn much about St. Patrick himself and the Ireland and Britain of this era.

Anthony F. Chiffolo. An Hour With Saint Patrick. This booklet presents a few selected passages from the “Confession” (themes like The Trinity, Communion with God, Perseverance, and Thanksgiving), and ideas for meditation on each theme.

Alice Curtayne. Twenty Tales of Irish Saints.  Ages 8 and up

Timothy Joyce, OSB. A Retreat With Patrick: Discovering God In All.

Jim McCormack, CM. St. Patrick: The Real Story as Told in His Own Words.

Don Mullen. A Little Book of St. Patrick. A more extensive selection of passages from both of Patrick’s works. Favored by backpackers.

Thomas O’Loughlin. Discovering Saint Patrick. Translations and commentaries on Patrick’s two works and on three other ancient sources relating to his life.

John Skinner, trans. The Confession of St. Patrick and Letter to Coroticus