This is the place to read about successful rural CCHD grants! 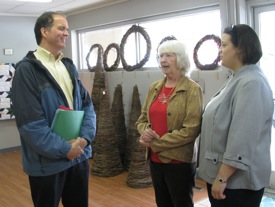 CCHD Helps Kentucky Co. With Economic Development Grant
When the Owsley County Action Team (OCAT) formed back in 1992, it was thanks to the work of local citizens who wanted to make a difference in their community.
The member organization, which meets monthly, realized local officials didn’t have the resources to better their community, and so they decided to do something about it.
“The idea was that community members would meet, do some planning, get training and begin to take part in working to improve our community,” said Molly Turner, director of OCAT since 2000.
Read More 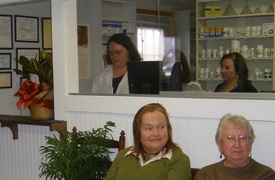 Northwest Missouri Enterprise Facilitation, Missouri
It had been 20 years since a pharmacy opened in Worth County, the smallest county in Missouri with less than 3,000 people. So in December 2009, local citizen Sherri James made a leap and opened Sherri’s Pharmacy Services in Grant City, Mo.
A year and a half later, the pharmacy is doing better than James predicted. Soon it will have to expand or a new location needs to be found in order to have enough storage, she said. “The response from the community has been overwhelmingly positive,” the pharmacist said. “Everybody’s really grateful that they don’t have to drive.”
Read More 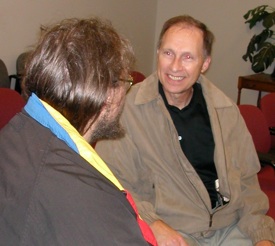 Good Samaritan Home, Ohio
When he was released from prison in September 2009, Jason Wildes had no home, no job and no transportation. In fact, he should have still been behind bars. A condition of his parole was that Wildes had a place to live, but without that, he would need to finish out the last five years of his sentence of convictions of theft, burglary and corruption of a minor.
“I was stuck in there to finish out my time, even though I had a release because I didn’t have a place to go,” he said.
Enter John Graham and Good Samaritan Home, Inc. … Read More
CCHD also features several grant funded projects on its website – Success Stories, Catholics Living Economic Justice, CCHD Video