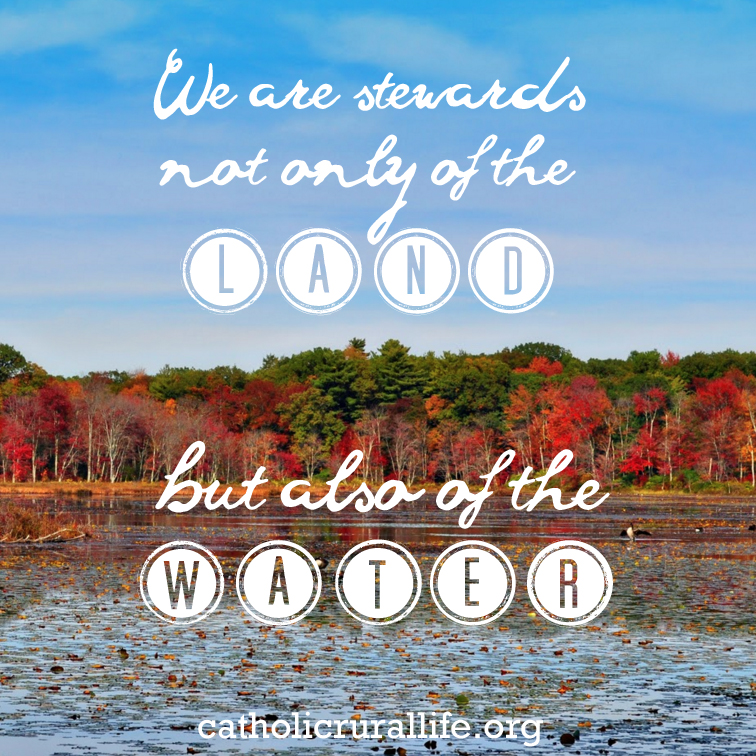 Our physical dependence upon water is reflected in the central place that water takes in the practices and beliefs of world religions. Water is recognized as a sacred gift, and is upheld as the common heritage of all creation. We say that water is a sacramental commons because water sustains all life.

-from CRL’s “Water: A Sacramental Commons for All”

And yet, despite this vital need we have for water,

1. 1.8 billion people around the world lack access to safe water.

2. Globally, a third of all schools lack access to safe water and adequate sanitation.

3. In low- and middle-income countries, a third of all healthcare facilities lack a safe water source.

4. The World Economic Forum in January 2015 ranked the water crisis as the No. 1 global risk based on impact to society (as a measure of devastation).

5. The incidence of children suffering from stunting and chronic malnutrition — at least 160 million — is linked to water and sanitation.

6. More than 840,000 people die from a water-related disease each year, including diarrhea caused by bad drinking water, hygiene and sanitation.

7. Eighty-two percent of people who don’t have access to “improved” water live in rural areas.

8. More than one-third of people worldwide lack access to a toilet, more than the number of people who have a mobile phone.

10. Every 90 seconds a child dies from a water-related disease.

11. Universal access to safe water and sanitation would result in $18.5 billion in economic benefits each year from deaths avoided alone, a return of $4 for every dollar spent on safe water access.

12. The amount of safe water could drop by 40 percent in 15 years if people do not change the way they use water.
(from water.org)

Listen to Vatican Radio’s piece on the importance of water justice by clicking here.