A Pilgrimage in Wyoming

Editor’s Note:  This week’s installment of Storytellers is brought to you by Mary Murray, who lives on a small Wyoming ranch with her husband and child.  If you have a tale of faith and life in the countryside that you’d like featured on Storytellers, please contact our Communications Manager at cari@catholicrurallife.org 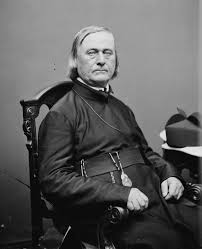 Nestled in the heart of the Rocky Mountains is my beloved hometown of Lander, Wyoming. It is complete with untamed rivers, sprawling fields and gentle breezes. My husband Colt and I live on the small ranch where I was raised. Together with our almost-four-year-old daughter, we tend to the needs of chickens, geese, ducks, a cross-eyed cat, Kota the grumpy Springer Spaniel and the source of the cat’s frustration, and a one year old Golden Retriever named Willow. When things are calm, our horses come near the house to visit, but that is only after Romeo the goose has retired with his lady Juliet for the night (he’s defensive of his lady, you see, but that’s a story for another time).

We enjoy our responsibilities, but it means that slipping away for a weekend is a rarity. In addition to our ranch, my husband has a successful career working in the oilfields of Wyoming, and I have a fulfilling career working for Wyoming Catholic College. But this past weekend our duties were less, so Colt, Emma and I loaded our travel trailer and we set out to explore a small town called Pinedale, Wyoming.

The inspiration for this trip came from a conversation I had at a local gas station, of all places. You see, I was perplexed when two travelers were walking around their van scanning the sides of it desperately. They looked like they were hot, tired, and frustrated. My curiosity got the best of me, so I ventured over to see if I could help.

They rented this van and were having difficulty finding the gas cap. As we searched for it, I learned that they were Mormons from Nevada who were on a pilgrimage, which they called a “trek”. They dressed up as pioneers, loaded traditional style hand carts, re-traced the steps of their relatives on the Mormon trail, and were hoping to grow closer to God. Their excitement was inspiring. They were eager to return in time to greet their friends who were at the end of their trek. Gas cap finally found, we bid farewell and I returned to my truck.

My heart was heavy as I realized that a pilgrimage opportunity for Catholics in Wyoming is scarce. Then I remembered the fascinating story of Fr. Pierre-Jean De Smet. He was a Jesuit priest who was revered by Native Americans and is credited with hosting peaceful meetings between traditional enemies as well as tribal leaders and the US Government. It is widely known in our area that he celebrated the first Holy Mass on July 5, 1840 in Wyoming.

I realized that the location of that first Mass was in Daniel, Wyoming, a short 2 1/2hour drive from the very gas station I was sitting. I called Colt, filled the truck, and hurried home to pack. After saying goodbye to all of the animals, I got Emma settled in her seat, made Colt his hot breakfast sandwich, and we were off on our mini-pilgrimage. Thanks to cell phone technology we were able to learn more about Fr. De Smet along the way.

According to the Foundation set up to honor his memory, he was born in 1801 in modern day Belgium. In 1821, he and eleven other Belgian Jesuits traveled to Baltimore, Maryland to start a Jesuit community. In 1823, he moved to St. Louis, Missouri to complete his theological studies. While in Missouri, he learned about Native American culture and studied various Native languages so that he could become a missionary to try to end the mistreatment and brutality towards the native peoples. One historian suggests that throughout his lifetime he traveled 260,000 miles and spent a considerable amount of time in Wyoming. 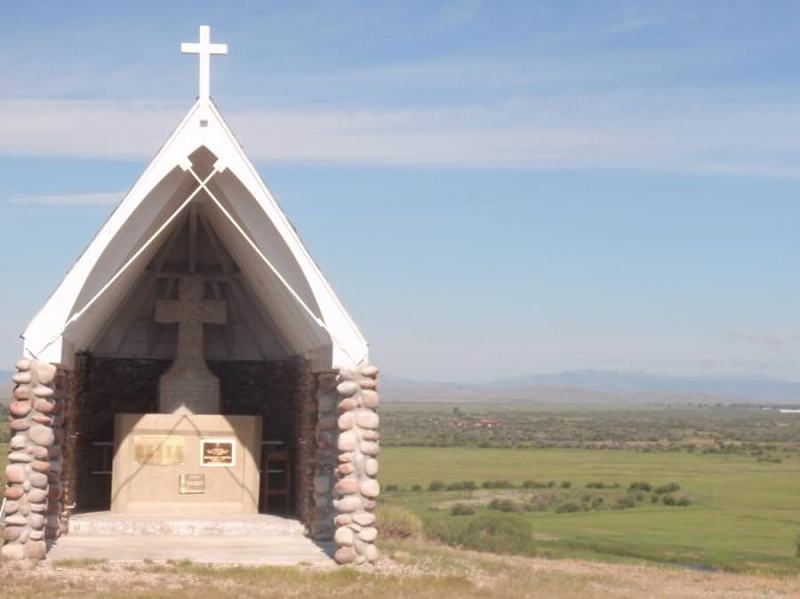 Our arrival was picturesque. The bald eagles were tending to their young as a marmot looked on to the horizon. The skies were so blue it was almost hard to look at them. As we stood at the very spot where the first Holy Mass was said in Wyoming, and probably in any part of the Rocky Mountains north of the Spanish missions, we were filled with the peace and promise of the Eucharist. At our very feet was the soil on which Fr. De Smet preached the Gospels, and through his example brought calm to a chaotic environment. I reminded myself that peace is still possible through living a peaceful, Christ-centered life.

Leaving, I caught myself miles away as I watched the rolling prairie pass by my window. I thought of all the souls who had passed over this ground, seeking dreams that were largely unknown. I pondered what life was like to live 176 years ago and wondered how raising a young child would have been similar, but yet so different. I then quietly celebrated this time with my family. It was only an overnight stay, but the memories would be cherished for far longer than that. The words of Blessed Mother Theresa came to mind, “Whatever you do for your family, for your children, for your husband, for your wife, you do for God. All we do, our prayers, our work, our suffering, is for Jesus.”