Jenny Kraska, executive director of the Colorado Catholic Conference, is one of he newest members to join the NCRLC Board. 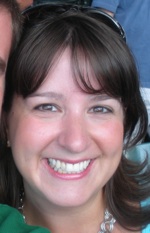 Kraska grew up in Prior Lake, Minn., a suburb of Minneapolis. She attended the University of St. Thomas in St. Paul, Minn., where she graduated with a double major in Catholic studies and theology. She continued her graduate studies at St. Thomas where she earned her doctor of law degree and a master’s degree in Catholic studies.
Kraska moved to Denver, Colo., in 2007 to work as the Associate Director of Government Affairs for the Colorado Catholic Conference, the public policy agency of the Church jointly operated by the three Catholic dioceses in Colorado. In 2008 she bcame the executive director of the Colorado Catholic Conference.
“I am excited to be on the NCRLC Board because I hope to bring a unique perspective of issues faced by rural communities and the formation of public policy,” Kraska said. “I also hope to learn a great deal more about rural community issues in order to better advocate on behalf of those communities in my role as executive director of the Colorado Catholic Conference.” 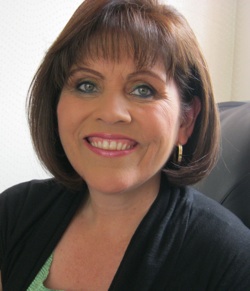 Elvira Ramirez became the executive director of Catholic Charities of the Diocese of Stockton in June 2009; she was the assistant director of the agency since 2007. She has a Masters in Social Work from the University of Maryland at Baltimore, and a Bachelor of Science (Agricultural Science) from California Polytechnic State University, San Luis Obispo.
Previously, Elvira was the director of religious education at a large parish in Elk Grove, Calif. Her experience includes 11 years as a Maryknoll Sister, serving eight years as a missionary in Tanzania, East Africa.
Elvira was born in Michoacan, Mexico, and was raised in the San Joaquin Valley of California. As an immigrant family, during their childhood, she and her six siblings worked in field labor. Harvesting oranges, olives, peaches, grapes and other seasonal crops was a typical summer, which instilled a love of school. In 1994 she married John Rieschick and they have two daughters, Maria (14 years old) and Grace (11 years old). 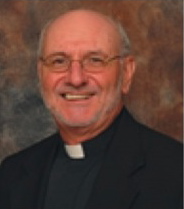 Father John Rausch was recently named to the NCRLC board of directors. A Glenmary priest living in Stanton, Ky., he directs the Catholic Committee of the Appalachia.
Over the years, he taught with Coady International Institute, Antigonish, Nova Scotia, the Appalachian Ministries Educational Resource Center, Berea, Kentucky, plus organized the Mountain Management Institute to serve the business needs of Appalachian cooperatives.  Father Rausch’s overseas workshops include Ghana, Sierra Leone, South Africa, Bangladesh and Haiti.
Having a masters degree in economics and a masters of divinity degree, he writes a monthly syndicated column called “Faith and the Marketplace” that appears in 15 Catholic diocesan newspapers, as well as on NCRLC’s website.
“Because I work directly with people overlooked by the system, I hope to bring to the board their stories and perspectives,” he said. “As a NCRLC board member, I hope to share my stories, learn from others and collectively write and speak about applying the social teachings to our unjust economic system.”