For Reuben DeMaster, the owner and operator of Willow Haven Farm, helping others comes naturally. For instance, DeMaster put his carpentry-abilities to use this past week and built a set of beds for a family in his local community whose house had burned down last year.

But his efforts to serve and support others extend beyond the confines of his hometown in New Tripoli, Pa. For two and half weeks in January, DeMaster shared his agricultural insights with farmers in Kirima Boro, Tanzania.

“It was a beautiful trip, an amazing opportunity,” he said of his time in East Africa.

DeMaster made the trip as part of Farmer-to-Farmer, a US AID program that is administered in East Africa by Catholic Relief Services. He applied for the program in the spring of 2014, and was notified by CRS in October that his application had been accepted.

Catholic Rural Life helps CRS by recruiting potential volunteers; DeMaster was the first CRL recruit to be selected for the Farmer-to-Farmer program.

DeMaster chose to do a volunteer assignment in Tanzania that called for making 1-on-1 visits to small scale farmers. DeMaster–who only began farming fulltime in 2009–said similar visits from experienced farmers were essential to his own success as a small-scale organic farmer.

“It’s really helpful to have other farmers come to your farm and tell you what they see,” he said. “Sometimes all it takes is an idea or two to drastically improve the way you’re farming.”

DeMaster found that this was especially the case in the rural farming communities of East Africa, where a lack of access to education and technology limits the “flow of ideas.” Although he was initially skeptical of the usefulness of sending farmers from the Western world to Africa to tell them how to do their farming, DeMaster now sees the importance of the Farmer-to-Farmer program.

“My perspective changed 100 percent,” he said. “We can teach them a lot. The disparity of resources and access to information is so striking.”

DeMaster went on to say that although farmers in Tanzania are smart, experienced, and committed to their farms and families, farming without good information and resources is like “fighting in the dark.”

“You never know where the next punch is coming from,” he explained. “They face real obstacles and challenges and not having the needed information and resources makes it difficult to overcome them.” 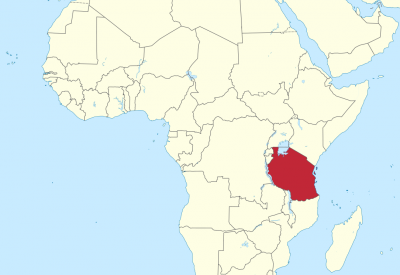 During his short time in Tanzania, DeMaster did his best to offer some basic, but helpful insights to local farmers. During the first stage of his trip, he visited 10 small farms in the vicinity of Kirima Boro, before leading instructional classes at a local school. Much of what he imparted was practical wisdom meant to immediately improve agricultural output in the region.

For example, tomato farmers in Tanzania face intense insect and disease pressure that cripples many seedlings. This forces many farmers to resort to chemical pesticides, which can be expensive and hazardous to health. DeMaster asked himself, “What can I do for white fly repellent that’s affordable and isn’t dependent upon chemicals?”

In answer to this question, he helped local farmers develop a simple but effective soap solution spray. He also developed a recipe for a repellent from the neem tree, a local plant that East Africans call “the tree of forty uses,” and has properties that confuse insects and prevent them from reproducing.

“God had placed the neem tree right there with them, for them to use,” said DeMaster. “It’s an organic solution that’s based on something that’s already going on around them.”

DeMaster also helped out local farmers by using a soil test kit to determine the growing conditions of local fields. A common practice in the US, DeMaster says many of the farmers had never before had their soil tested. He found that the results varied greatly from farm to farm, with fluctuatin

g acidity levels and levels of nutrients, like phosphorus, nitrogen, and potassium. Yet farmers in the area were all using the same amount of fertilizer, independent of their soil conditions.

“I showed them how to base their use of fertilizer on the soil test,” said DeMaster. “This is essential, because if you’re not responsive to the quality of your soil, you’ll lose a lot of crops and the yield won’t be as good.”

The Pennsylvania farmer didn’t only try to impart helpful practices–he also made the effort to present a certain mindset of farming.

“I emphasized the need to think of both short term and long term consequences for every action that happens on the farm,” DeMaster explained. Following from this, DeMaster helped start a compost pile at a local school. He also had the opportunity to teach 150 students, in addition to local farmers, the benefits of composting.

“It’s the quickest way to soil fertility,” he said. “It would be a huge benefit to this community if you had 200 households doing it regularly.”

Just as solutions to serious agricultural challenges can’t be completed over night, DeMaster found that it took a bit of time for him to get his feet under him upon his arrival to Tanzania.

“It took a solid week for me to even understand the farming situation” in Kirima Boro, he explained. “It felt like an extensive study course.”

Even so, DeMaster said the support he received from CRS allowed him to focus on his volunteer assignment, and not get bogged down in logistical concerns.

“The project was set up well, and the staff provided was good,” he said. “It wasn’t like being in the US, but I felt safe.”

Although DeMaster is adamant that American farmers have a lot to offer the people of Tanzania, from their information and experiences to attitudes of resiliency and ingenuity, he recognizes that it’s a two way street.

“I was really struck by the importance of other people in Tanzanian society,” he said. “I could see it directed toward me, as a visitor and guest to their country, but I could see it directed toward each other. The greetings were so important, they showed respect to all people, and there was just a general enjoyment of other people and being together.”

This sense of reverence was also present in the Catholic churches where DeMaster went to Mass. He said this high level of respect is missing from American culture, and was the biggest difference he noticed between the two countries.

Spending two and half weeks in a developing country was also a humbling experience for DeMaster.

“You just realize that a lot of your own success is due to factors outside your control, such as the resources and training that I’ve been given, the fertility of my land, and the opportunities for selling products that I have. [People in Tanzania] struggle not because they’re any less intelligent or hardworking, but because they lack the opportunities that we have.”

Because of this, DeMaster says he would “absolutely recommend” the Farmer-to-Farmer program to other American farmers. “We have something to share,” he said. “They need our information and experience as farmers.”

DeMaster says he’d love to do another tour in East Africa, but with seven kids of his own and a farm to run in East Pennsylvania, he’s not sure when that might be. “It’s in God’s hands,” he said of his potential return.

Still, he plans on staying in touch with the people of Kirima Boro. He became friends with Fr. William, the pastor of the local parish, St. Anne’s, which had actually been established by the Holy Ghost Fathers from the Archdiocese of Philadelphia in the 1960s.

“[Fr. William] is my connection to communicate with the farmers,” DeMaster explained. “The farmers promised me they’d communicate with me about the success of some of these projects. I’d definitely love to continue teaching and consulting as I’m able to.”

“I have the utmost respect for the people and the culture.”

If you’re interested in taking part in the Farmer-to-Farmer program in East Africa, please learn how to apply through Catholic Rural Life. Or, contact Beth Hyser at beth@catholicrurallife.org or (651) 962-5955.