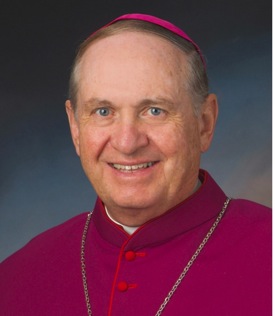 151-85 vote over Bishop Oscar Cantu, auxiliary bishop of San Antonio.
·Archbishop John Nienstedt of St. Paul and Minneapolis for chairman-elect of the Committee on Doctrine in a 126-111 vote over Bishop Robert McManus of Worcester, Massachusetts.
·Archbishop Dennis Schnurr of Cincinnati for chairman-elect of the Committee on National Collections in a 137-96 vote over Bishop Nicholas DiMarzio of Brooklyn, New York.
·Cardinal Sean O’Malley of Boston for chairman-elect of the Committee on Pro-Life Activities in a 149-84 vote over Archbishop Allen Vigneron of Detroit.
·Bishop Richard Pates of Des Moines, Iowa, for chairman of International Justice and Peace in a 122-114 vote over Bishop Frank Dewane of Venice, Florida. Bishop Pates will become chair of the committee at the conclusion of the meeting.
The election of a chairman instead of a chairman-elect for International Justice and Peace reflects the fact that Archbishop Edwin O’Brien was elected chairman-elect in 2010 but will not assume the position because Pope Benedict XVI appointed him Pro-Grand Master of the Equestrian Order (Knights) of the Holy Sepulchre of Jerusalem.
The bishops also elected Bishop Joseph Pepe of Las Vegas and Bishop Anthony Taylor of Little Rock, Arkansas to the Catholic Legal Immigration Network, Inc. (CLINIC) Board. They elected Archbishop George Lucas of Omaha, Nebraska, Bishop Flores, Archbishop Paul Coakley of Oklahoma City and Bishop Martin Holley, auxiliary bishop of Washington, to the Catholic Relief Services Board (CRS).