For many of the Farmers Union Enterprise presidents who joined CRL in Rome this past week, it wasn’t their first time in Italy.

It was, however, the first time they ever met the pope. 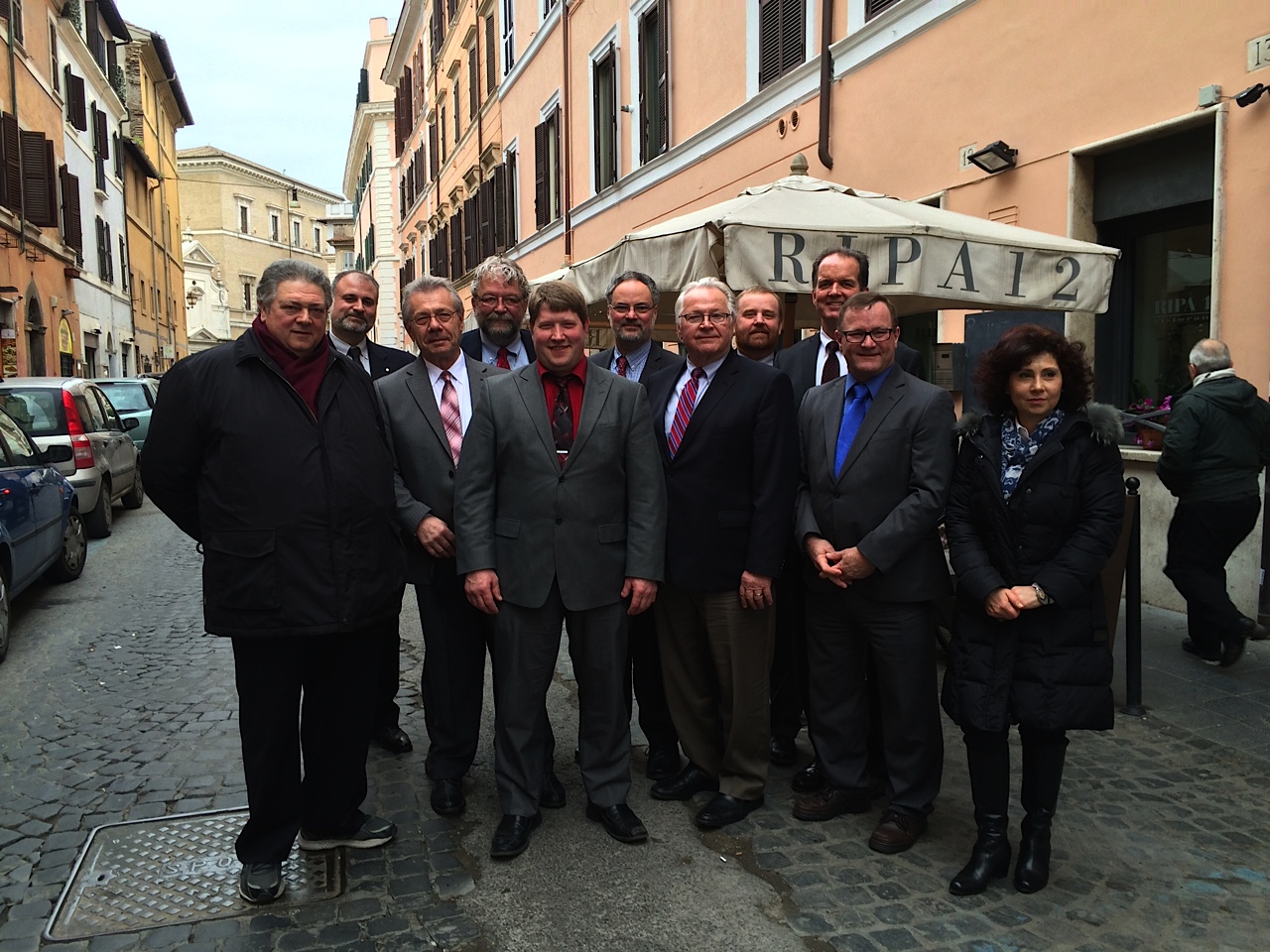 “This was a reminder that the Vatican thinks family farms are the best tools for food security, and men and women are the center of God’s creation and are the custodians of the environment,” Mark Watne, the president of the North Dakota Farmers Union, said of the audience with Pope Francis last Wednesday and meetings with the Vatican officials throughout the week. Watne was joined on the trip by four other presidents of state farmers unions, including Doug Peterson (MN), Alan Merrill (MT), Doug Sombke (SD), and Darin Von Ruden (WI).

CRL Executive Director Jim Ennis was happy to facilitate the connection between the farmers union representatives and Vatican officials. The delegation met with Cardinal Peter Turkson, president of the Pontifical Council for Justice and Peace, earlier in the week, in order to discuss the ongoing Faith, Food & the Environment project and the upcoming international symposium in Milan this June.

Ennis said the Pontifical Council for Justice and Peace and Farmers Union Enterprise are two of the biggest supporters of the Faith, Food & the Environment project, so it was encouraging to bring the two sides together reaffirm their mutual commitment. The project will result in a series of resources on The Vocation of the Agricultural Leader, which will give those in food and ag practical guidance for applying their faith to their work.

During the visit to Rome, the delegation also met with members of the international agricultural community, such as International Catholic Rural Association, Coldiretti, and the World Farmers Organization. The FUE presidents said it was a good opportunity to network with their international counterparts, and also emphasize that a sizable contingent of Americans are committed to family farming and sustainable agriculture.

Another highlight of the trip was a meeting with Msgr. Peter Wells, the Vatican’s assistant secretary of state and a native of Oklahoma. Msgr. Wells emphasized the Vatican’s commitment to family farming, improving food security, and being good stewards of the world’s natural resources–subjects he said Pope Francis would most likely touch on in his forthcoming encyclical.

All in all, Ennis said it was an inspiring trip, and an important opportunity to build consensus and camaraderie in the lead up to the Milan conference this June.