Since Laudato Si was promulgated in mid-June, CRL’s been making the case that the encyclical has big implications for the way we farm. So we’re happy that media outlets, both secular and Catholic, are starting to take notice of this important connection. 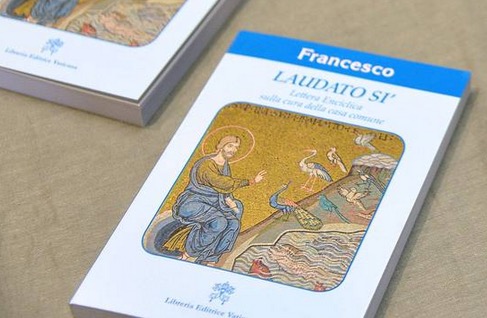 The encyclical-ag relationship was highlighted in two national publications over the past week. In the National Catholic Register, CRL’s executive director Jim Ennis makes the case that farming is a unique vocation, a calling to a special way of life, and that it therefore has dimensions beyond profits and costs. Ennis said this needs to inform decision-making on a wide range of ag issues, such as the use of certain technologies and the scale of agricultural operations.  If not, he argued that we run the risk of removing an essential piece from the equation:

The decline of family farming impacts rural communities in a negative way and takes away the human element from agriculture, reducing it to just a utilitarian enterprise.

The article also acknowledged Cardinal Peter Turkson’s recent public endorsement of The Vocation of the Agricultural Leader project, which CRL is spearheading.
But Catholics aren’t the only ones noticing that Laudato Si has something to say to farmers. In These Times took a look at the same subject, running a piece called “Vatican Country: American Farmers on the Agricultural Message of Pope Francis” in their Rural America section. While the article probably construes the encyclical too much as a political document, it nonetheless does a great job of hearing how Laudato Si relates to agriculture from the people most in the know– Catholic farmers themselves.
CRL board member Ron Rosmann is one of the farmers featured in the piece, and he had some insightful things to say about how treating agriculture solely as an economic enterprise has had bad consequences on rural communities, and has led many farmers to adopt harmful technologies “just because we can.” Ron also helpfully encapsulated why caring for creation is such a core part of living an integrated Catholic life, not just for farmers, but for all the faithful:

I say if we profess to love God, and view Him—Him or Her or whatever we call God—as a Creator, we have to love the Earth. If we loved the Earth we wouldn’t treat it the way we do.

Laudato Si has a lot to say to a lot of different people, but we’re convinced that its message to the modern day farmer is one of its most important contributions. We’ll continue doing our part to get the word out, and you can definitely help–by sharing this post on social media, for instance!