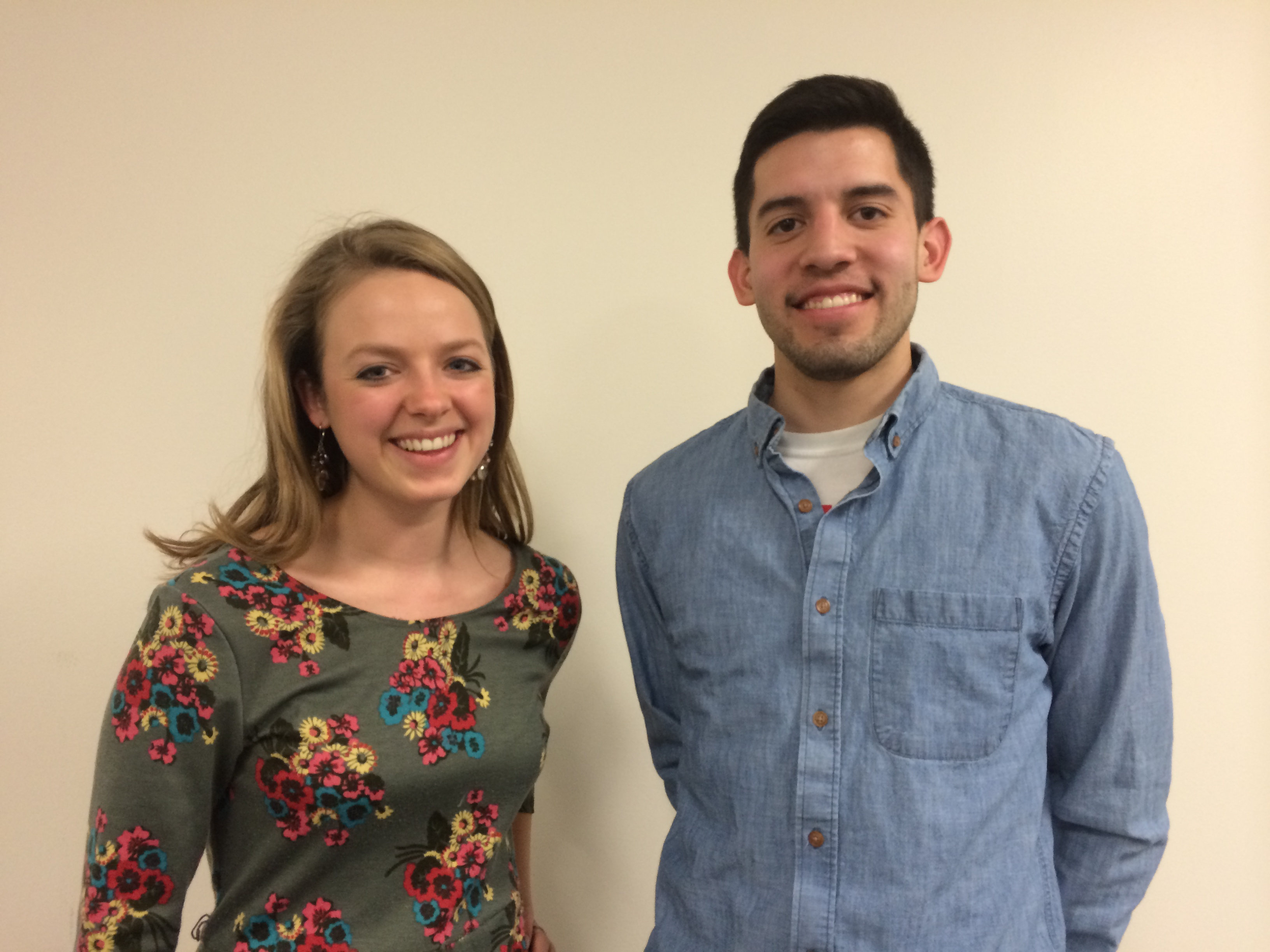 Jordan Saiz and Lyssa Bremseth are not your typical college students. The two, who are seniors at the University of St. Thomas, bring a unique blend of real-world experience and passion for CRL’s mission to their roles as the organization’s new interns.

Both Jordan and Lyssa took time off from their college studies to pursue a year of service and ministry.

In between her junior and sophomore years, Lyssa traveled through 26 different states as a team member of NET ministries, leading retreats for Catholic family and youth in the South and on the East Coast.

Jordan was a missionary with Christ in the City, a Denver-based service program that ministers to the homeless. He says the responsibilities he assumed during this time helped him mature.

“It was a lot on my plate, but I persevered and really grew,” he recalls.

After Christ in the City, Jordan, a native of Lubbock, Texas, transferred to the University of St. Thomas. Both he and Lyssa are majoring in Catholic Studies at the St. Paul, Minnesota-based college.

According to Jim Ennis, Catholic Rural Life’s executive director, Catholic Studies students have been a great asset to CRL.

“Our interns do more than grunt work; they’re integral members of our team,” Ennis said. “When you get a student from Catholic Studies, you know that you’re getting a bright, hard-working individual who’s committed to their faith.”

In the case of Jordan and Lyssa, Catholic Rural Life also has two students who are committed to the organization’s mission.

Jordan spent a lot of time outside as a kid and developed an affinity for nature. He says he considered going into zoology or marine biology, but has chosen to major in environmental studies at St. Thomas. An internship at Catholic Rural Life represents the convergence of his two interests–the natural environment and the Catholic faith.

“I’m excited, because I get to apply what I’ve learned in both my environmental studies and Catholic studies courses,” Jordan said.

Lyssa, who is also double majroing in business, says she was initially attracted to Catholic Rural Life after volunteering as a scribe at the Faith, Food & the Environment symposium this past November.

“The men and women I met were passionate about taking philosophy and theology and applying them to practical situations in their lives, she said, adding that she is “thrilled” to work for an organization “that strives to integrate faith-based living with very practical work and environmental stewardship.”

Both also have a desire to go into related work after graduation.

“In the future, I hope to continue to work to integrate the Church’s rich teaching and tradition into my work – whether that is in business, mission, or agriculture,” said Lyssa.