Monsanto’s failed acquisition of Syngenta is a victory for farmers 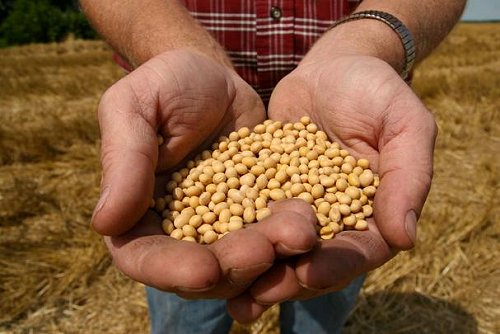 Earlier this week, U.S. agribusiness leader Monsanto Co. abandoned pursuit of Swiss rival Syngenta AG, which had rejected a recent buyout offer of $47 billion. The potential merger between the agribusiness giants would have created an enormous entity that would combine the nation’s top seed company with the nation’s largest pesticide company.

According to business news reports, the Swiss agrichemicals group said its board unanimously rejected the offer; other reports indicated that some Syngenta shareholders expressed disappointment over the scuttled deal. We can only imagine that some looked at the long-term prospects of the company while others simply looked at share values.

Some farmers – the actual users of agrichemical products and technologies – expressed fear that a combined giant company would have too much power to raise prices for seeds and herbicides. Both companies had acknowledged that a deal would face antitrust scrutiny in several countries.

National Farmers Union (NFU) President Roger Johnson was very pleased by the news that Monsanto has withdrawn its bid to buy Syngenta.

“[This] announcement ensures that further concentration did not occur in this case, but we remain far from the truly competitive markets that benefit producers and consumers,” he said.

Catholic Rural Life stands with the National Farmers Union and reiterates their concern that the concentrated power of agrichemical and agribusiness firms increases their ability to unfairly manipulate markets – eliminating free market competition to the detriment of family farmers and consumers.

We also believe that these market issues require constant attention and concern for their ethical implications. The recent encyclical by Pope Francis, Laudato Si’: On Care for our Common Home, remarked at length about the impact of new biological technologies on agriculture and the environment, including power relationships in the worldwide marketplace:

Although no conclusive proof exists that GM cereals may be harmful to human beings, and in some regions their use has brought about economic growth which has helped to resolve problems, there remain a number of significant difficulties which should not be underestimated. In many places, following the introduction of these crops, productive land is concentrated in the hands of a few owners due to “the progressive disappearance of small producers, who, as a consequence of the loss of the exploited lands, are obliged to withdraw from direct production.”*

The most vulnerable of these become temporary laborers, and many rural workers end up moving to poverty-stricken urban areas. The expansion of these crops has the effect of destroying the complex network of ecosystems, diminishing the diversity of production and affecting regional economies, now and in the future. In various countries, we see an expansion of oligopolies for the production of cereals and other products needed for their cultivation. This dependency would be aggravated were the production of infertile seeds to be considered; the effect would be to force farmers to purchase them from larger producers. (Para. 134)

As a Catholic voice for rural life, we readily accept the words of Pope Francis. But the voices of the Church and of farmers must be joined by the voices and actions of consumers. Acting as concerned citizens, they must ask: Who do we want controlling our food supply? The choice is between a few multinational corporations reaping all the profits or a multitude of family farmers and ranchers thriving throughout the countryside. For the moment, one giant agribusiness merger has been scuttled, but farmers and consumers are not out of the woods.

As noted by Roger Johnson above, six companies dominate the business of farm supplies. Since the mid-1990s the big six — Monsanto, Syngenta, Bayer, Dow Chemical, BASF and DuPont — have between them bought up more than 200 other companies and their patents. Some fret that research has become more focused on the most profitable crops, rather than seeking improvements to those that might feed the poor.

Despite the failed Monsanto bid, consolidation of the industry remains a worrisome prospect. Industry observers believe the pressure for another round of consolidation remains.

A broad, responsible scientific and social debate needs to take place, one capable of considering all the available information and of calling things by their name. As Pope Francis prudently wrote: “Discussions are needed in which all those directly or indirectly affected — farmers, consumers, civil authorities, scientists, seed producers, people living near fumigated fields, and others — can make known their problems and concerns, and have access to adequate and reliable information in order to make decisions for the common good, present and future.” (Laudato Si’, Para. 135)