Proposal aims to lessen burden of loans for beginning farmers 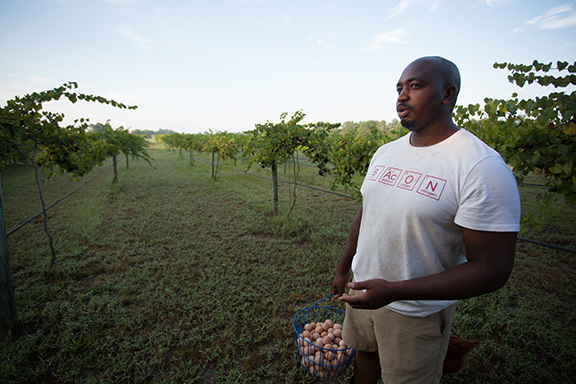 Student loans are on the minds of most college graduates, but for young farmers or those looking into farming as a viable livelihood, it can be what keeps you from reaching your goals.

That’s the lead-in to an interesting story we came across at the online news website of Farm and Dairy. The article features the experience of Emily Best who accumulated student debt after graduate school, then eventually found a job with New Morning Farm in Hungtindon County, Penn. This is is an organic vegetable farm with over 40 different crops that are selling mostly in Washington, D.C. at farmers markets, wholesaling and at a co-op.

According to the article, Emily now manages the farm’s greenhouse and grows some of the crops, handles social media and communications, as well as managing the farm market on Sundays. Although she is earning a salary in her chosen vocation, her student loan debt remains a burden despite the public service she provides: growing food.

A legislative proposal aims to address that. The bi-partisan effort –called The Young Farmer Success Act of 2015 — introduced in Congress earlier this summer by Reps. Chris Gibson, R-N.Y. and Joe Courtney, D-Conn., would expand the federal Public Service Loan Forgiveness Program to farmers.

Under the proposal, farmers would be added to the program that currently offers forgiveness to certain teachers, law enforcement officers and other public service professionals. The National Young Farmers Coalition contends that farming is public service because it means providing food for people, and should qualify for the program.

CRL members may recall this coalition: we mentioned them in our Spring 2015 magazine when writing about The Next Generation: Passing on Our Faith and Farms. In one of our magazine articles, we indicated that the National Young Farmers Coalition coordinates a campaign called Farming is Public Service.  As a public service – growing good food for their communities and local markets – young farmers just out of college with student loans to pay should be added to the public service loan forgiveness program. The Coalition contends that data shows student loans are one of the biggest hurdles young farmers are facing when they graduate college and are beginning to farm.

As mentioned in the online Farm and Dairy article, the proposed legislation in Congress is not an instant way out of student loans. Farmers would need to pay on their loans for 10 years, at least on an income-based amount, and would have to show an annual income of $35,000 from farming.

Nevertheless, the Coalition contends that the program would benefit those wanting to operate their own farm. You can learn more about their “Farming as Public Service” campaign and express your support by visiting their campaign site.

The renewed interest by young men and women in farming as a way of life – or vocation, as we like to call it – is highly gratifying to us at Catholic Rural Life. We greatly applaud the efforts of groups and their innovative ways to improve the viability of new farms. Equal to the need to replace our nation’s aging farm population, young and new farmers will revitalize the economic, social and even environmental life of our rural communities.

We encourage you to help cultivate the next generation of farmers by mobilizing and engaging youth to start careers in agriculture.