Ohio Brother Uses Farming Background to Advocate for Others

Farming is in his blood. Born and raised on a farm about 40 miles north of his current residence in Celina, Ohio, Brother Nick Renner, C.PP.S., finds agriculture inescapable. It’s all around him.

For example, the county he lives in is ranked the number one county in Ohio for agriculture in all areas except for dairy. In that area it falls to number two, he said.

Brother Nick is the recipient of the 2013 Edwin V. O’Hara Advocacy Award. He has demonstrated his leadership as an advocate for rural communities through his work as an active member of the Catholic Rural Life Conference of the St. Mary’s and Sidney Deaneries in the northern part of the Archdiocese of Cincinnati. When a nearby lake developed toxic algae blooms, he was also employed by the Mercer County extension office as an independent consultant to work with farmers in the watershed to adopt no-till and cover crop practices, as well as to teach them proper manure 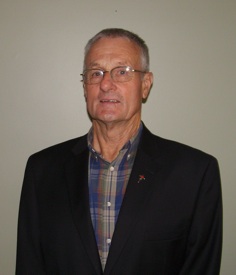 “It’s given me a lot of passion and energy to advocate for the farmers and work with the farmers,” he said.

Blending good farming practices with stewardship of creation also led him to rebuild an old corn detasseler so that it interseeds cover crops in cornfields one to two months before the corn harvest. He knows of eight machines that have been built off of his concept.

“I would overlap by six weeks: when one crop was starting to die, I was starting a new crop,” Brother Nick said. “Due to the time element, I needed to get these cover crops out earlier.”

The use of cover crops, no-till practices and the like wasn’t something Brother Nick always did. The process of coming to a better understanding of Catholic social teaching and stewardship of the environment took time and maturity.

“When I became a brother almost 50 years ago, farming was more of a profit-driven thing,” he said. “We didn’t think that way back then. We just saw the land as dirt, we didn’t see it as healthy soil. We didn’t think about the biology of soil and we weren’t taught that by our universities.”

His order eventually started covering their fields with hay, and then in 1975 they had their first no-till field. What began as 18 acres, eventually moved to 80 acres and continued to work up to larger acreages. Now they’re into cover crops.

Today he educates farmers on these practices by renting out 1,100 acres to 11 farmers, with a contract that they use cover crops in the offseason and cash crop for the rest of the year. He also gives presentations on the soil.

If that’s not enough, Brother Nick suggested to the diocesan rural life council that they study Catholic social teaching themes related to farming and rural living. They hope to provide parishes with a bulletin insert based on their discussion. For the past 25 years he’s also volunteered as a religious education teacher for local high school students.

Brother Nick is hoping the Edwin V. O’Hara award will shed more light onto his mission to educate others on the care of creation.
“I see the award as a super great honor, but I also want to take this award and use it to promote the cause and the passion for the land,” he said. “It is God’s earth and we’re stewards of it, so I’d like to keep moving forward with promoting healthy soil and Catholic social teaching.”